Part of the American life style is sports. As youngsters, we play sports at school and at home. As adults, we watch them with friends and family members. My dad and I did not agree on many things, but the one time we were at peace was when watching TV sports. As the oldest of four children, my father early on engaged me in many athletic endeavors. That history stayed with me and has fueled my interest in the portrayal of people in ordinary situations whether as observer or participant.

Initially, attracted by the patterns of decoratively cut playing fields and courts, so reminiscent of textile design, sports entered my life again in my tapestry weavings. The addition of crochet trims in three dimensional forms came as an influence from handling Andean textiles while working for a few years in conservation. Andean textiles have influenced my creative work in both structure and image. A culture so advanced in the language of textiles, so early in history, is deserving of more exploration, as tapestry was an important part of their output. These two interests have melded to produce a large Sports Series, more than 40 tapestries. Many incorporate a scroll format. See those pieces in the Scrolls Gallery.

Note: Many of these works are woven with a perspective from above and so can be viewed either horizontally or vertically.

The trims used on many of the “Sport Series” tapestries are constructed by crochet, a relative of cross knit stitch, and serve as audience, players, refs, patrons and cheer leaders to the ongoing games. Three dimensional trims appear on Andean textiles as early as 200 BCE. Usually constructed by a technique known as cross knit needle stitch, they can convey information as to ethnic identity or social status, as well as cosmology and more.

The initial inspiration for “Who’s Not on 2nd” was the patterned designs that are cut into the field grass of baseball stadiums, which resemble plaid and striped textiles. The tilted prospective of the crowd forms another pattern around the actual game. The addition of official miniature Met shirts extends the narrative.

Small Scale Sports Series tapestries
Click on the image to enlarge the slide show and see the captions. 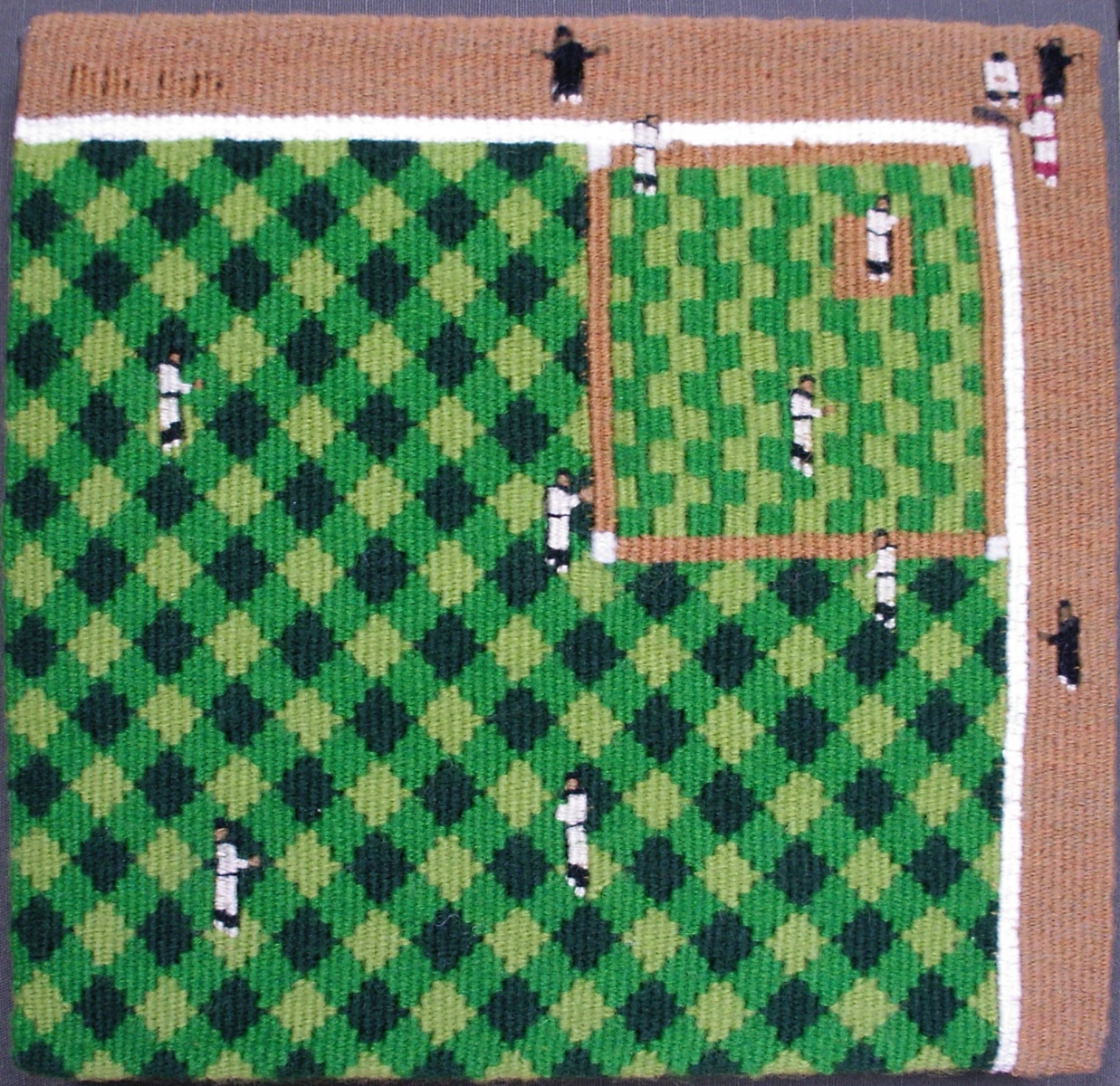 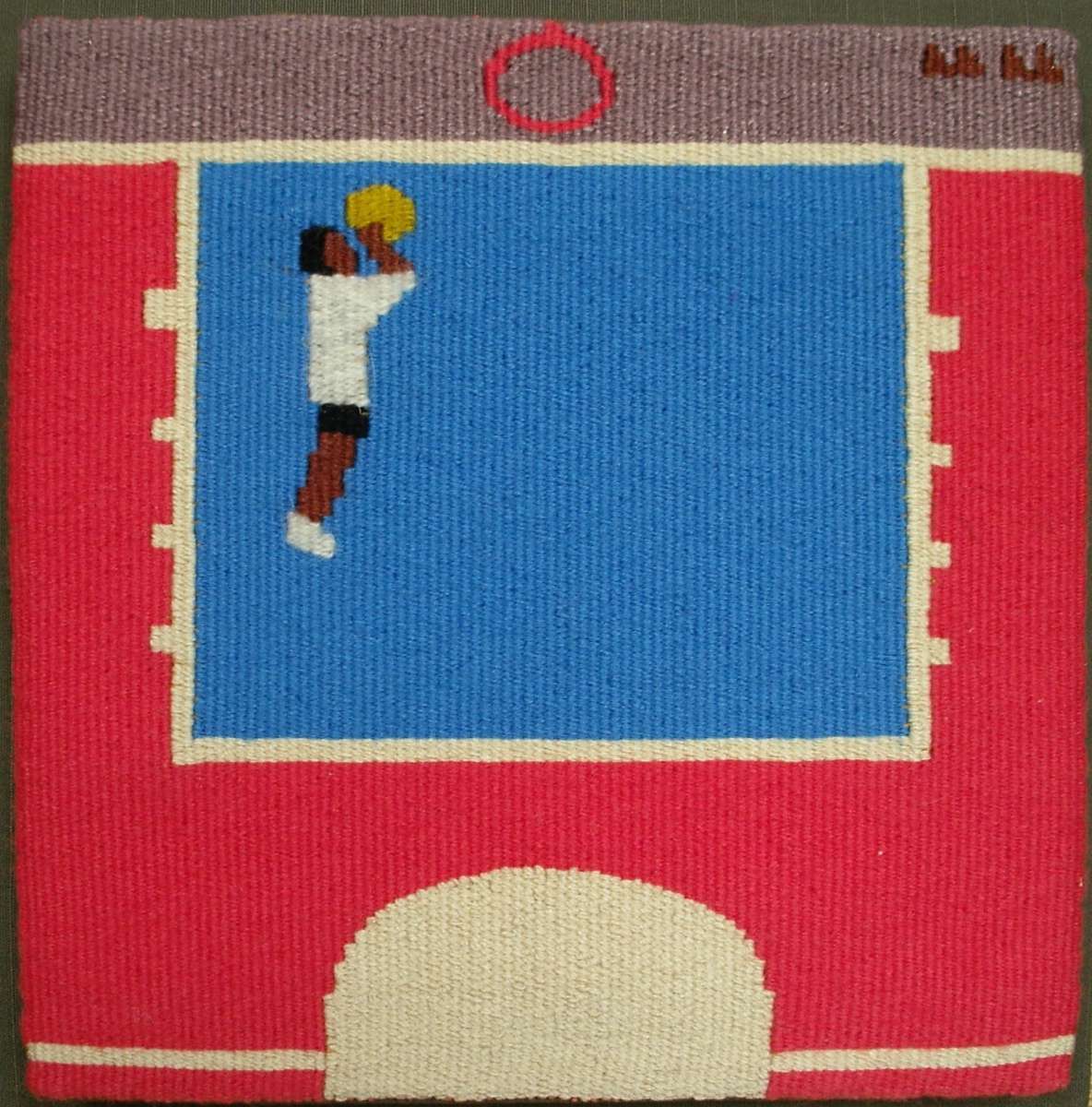 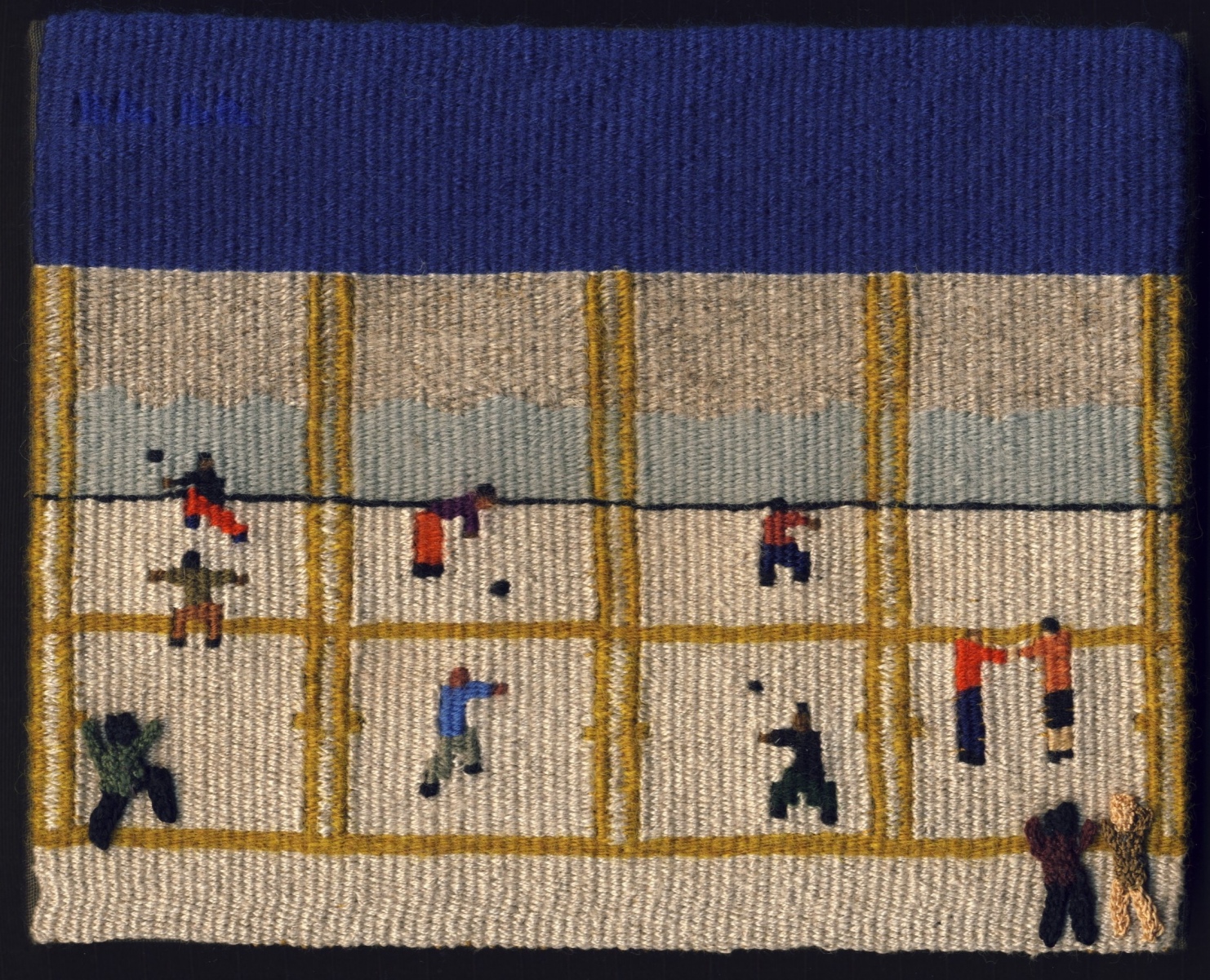 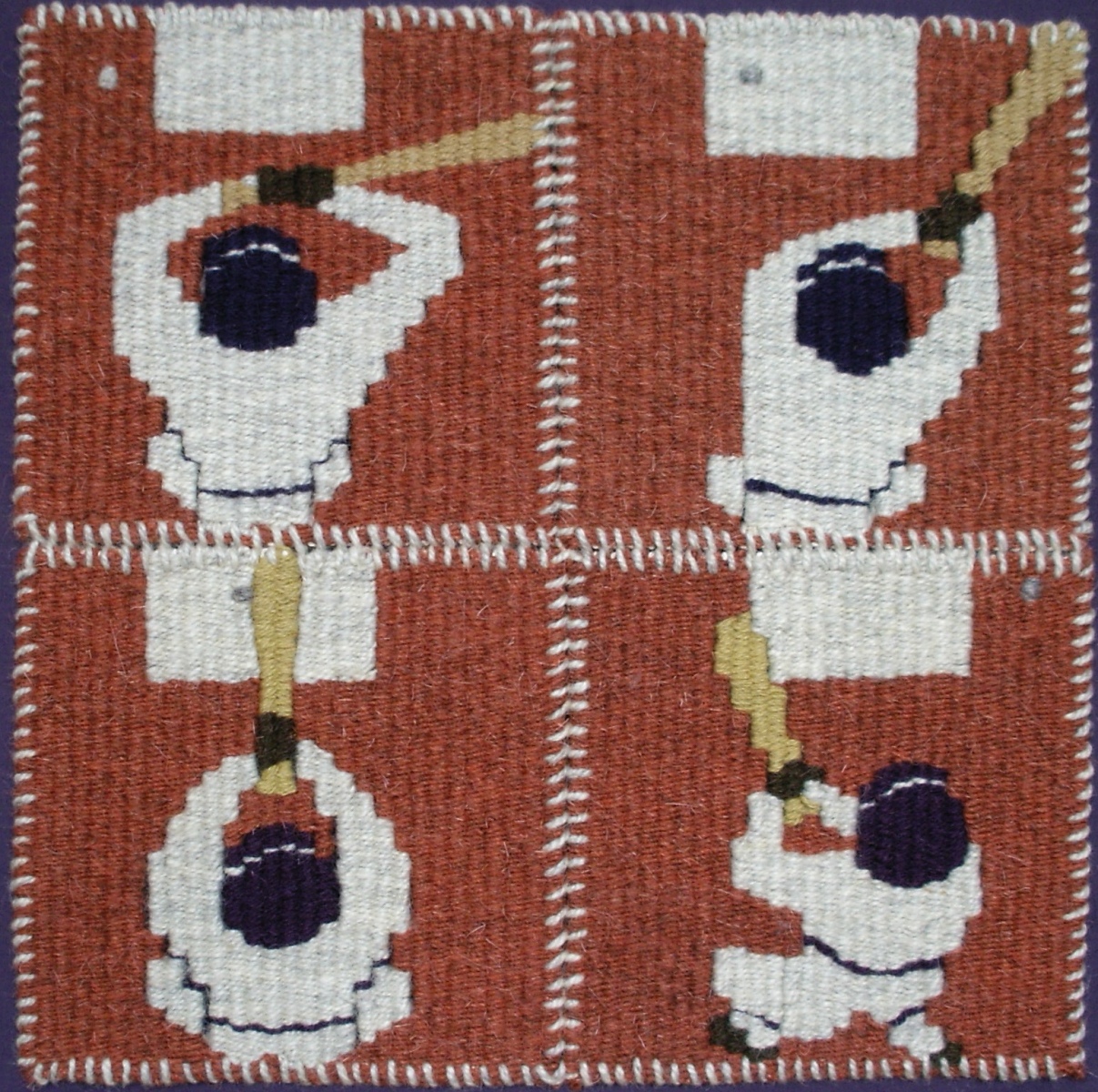 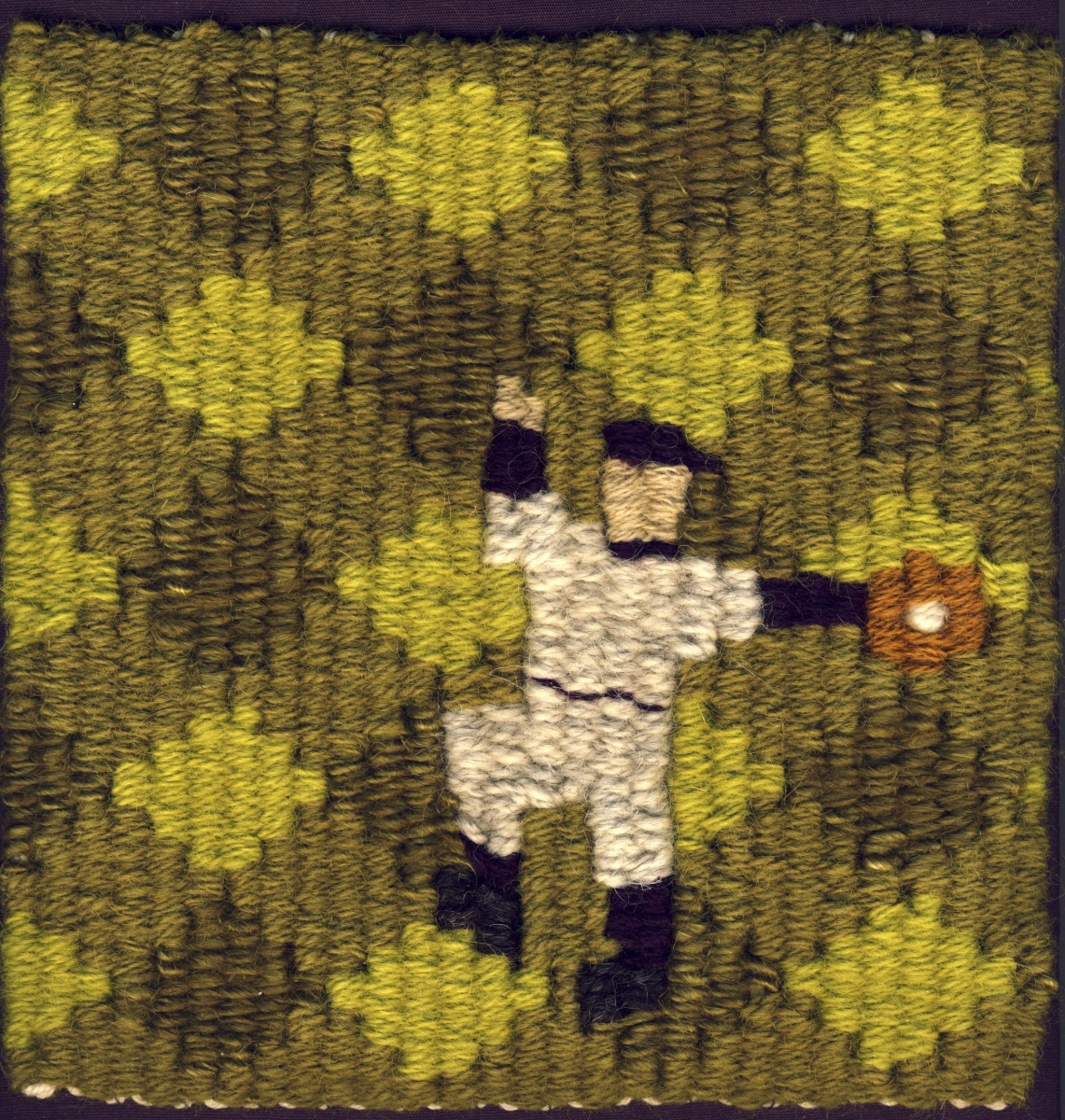 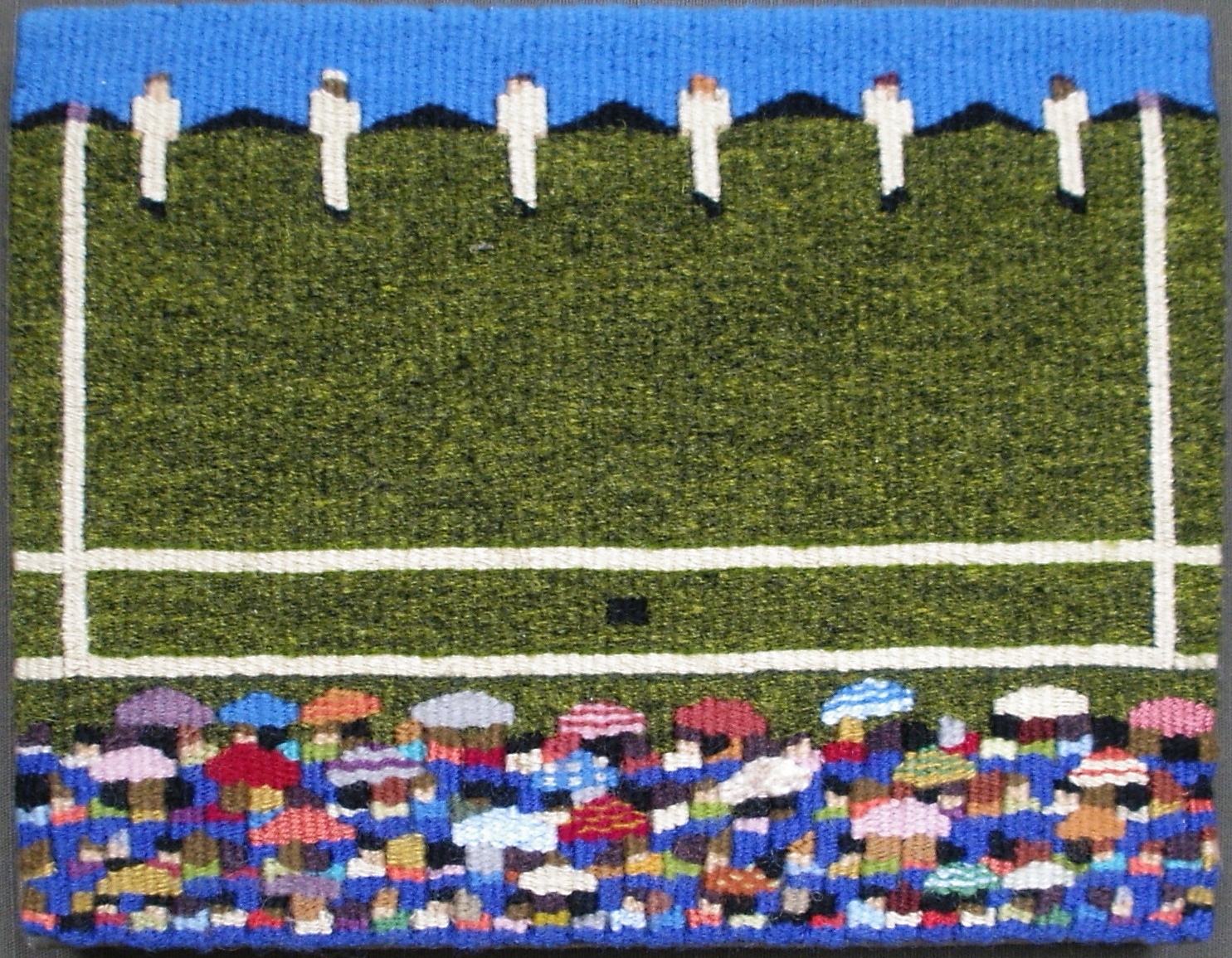 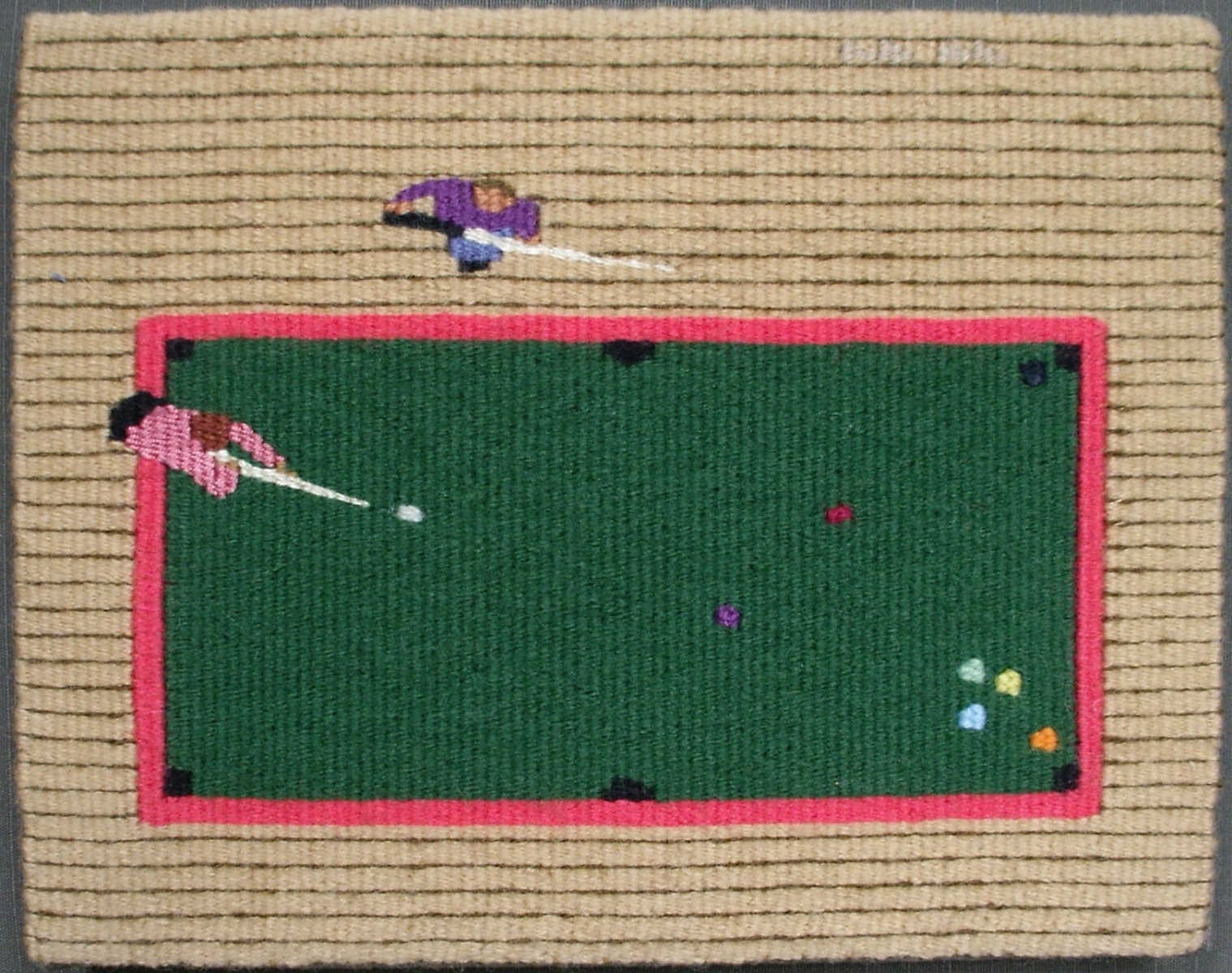 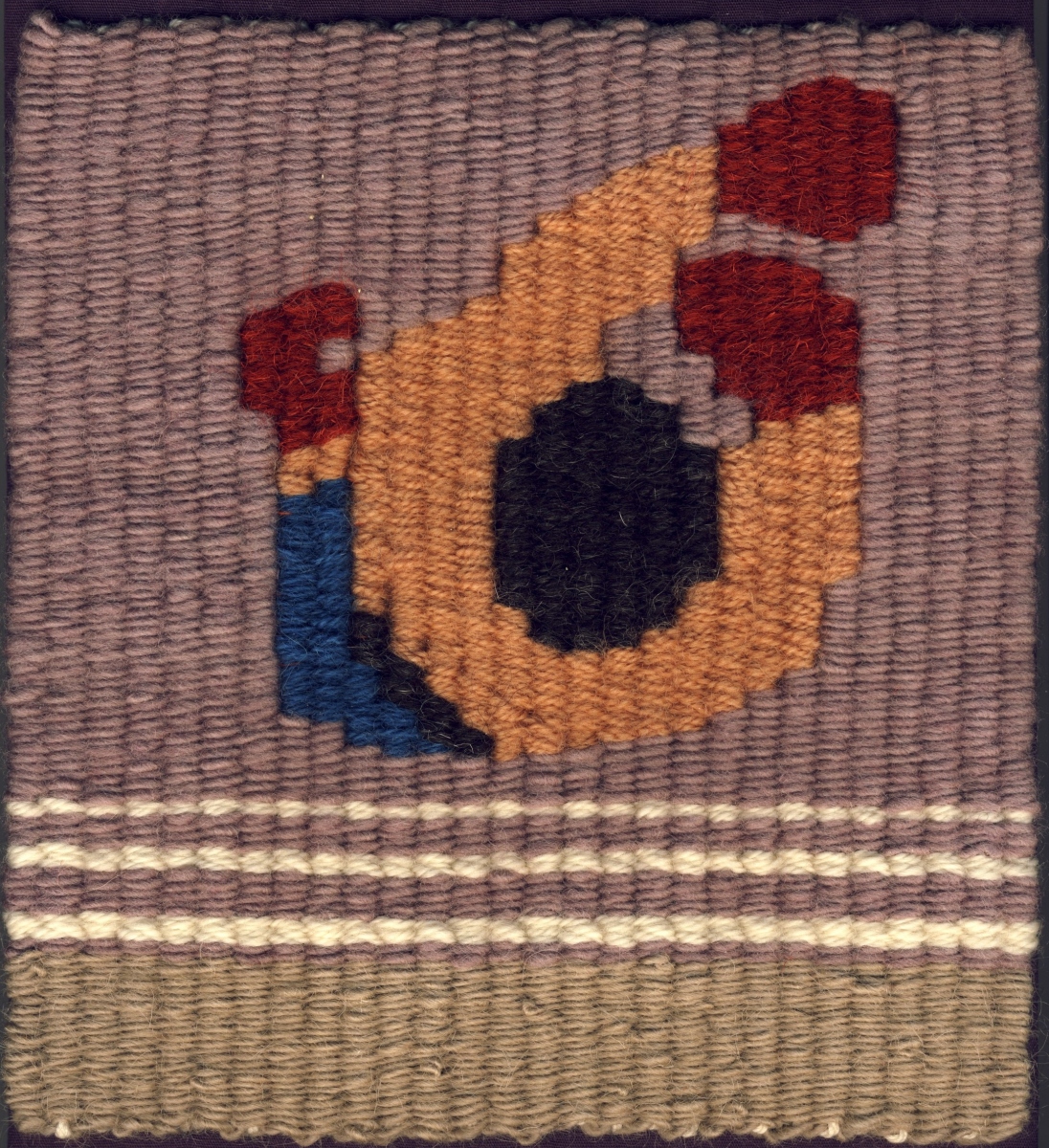 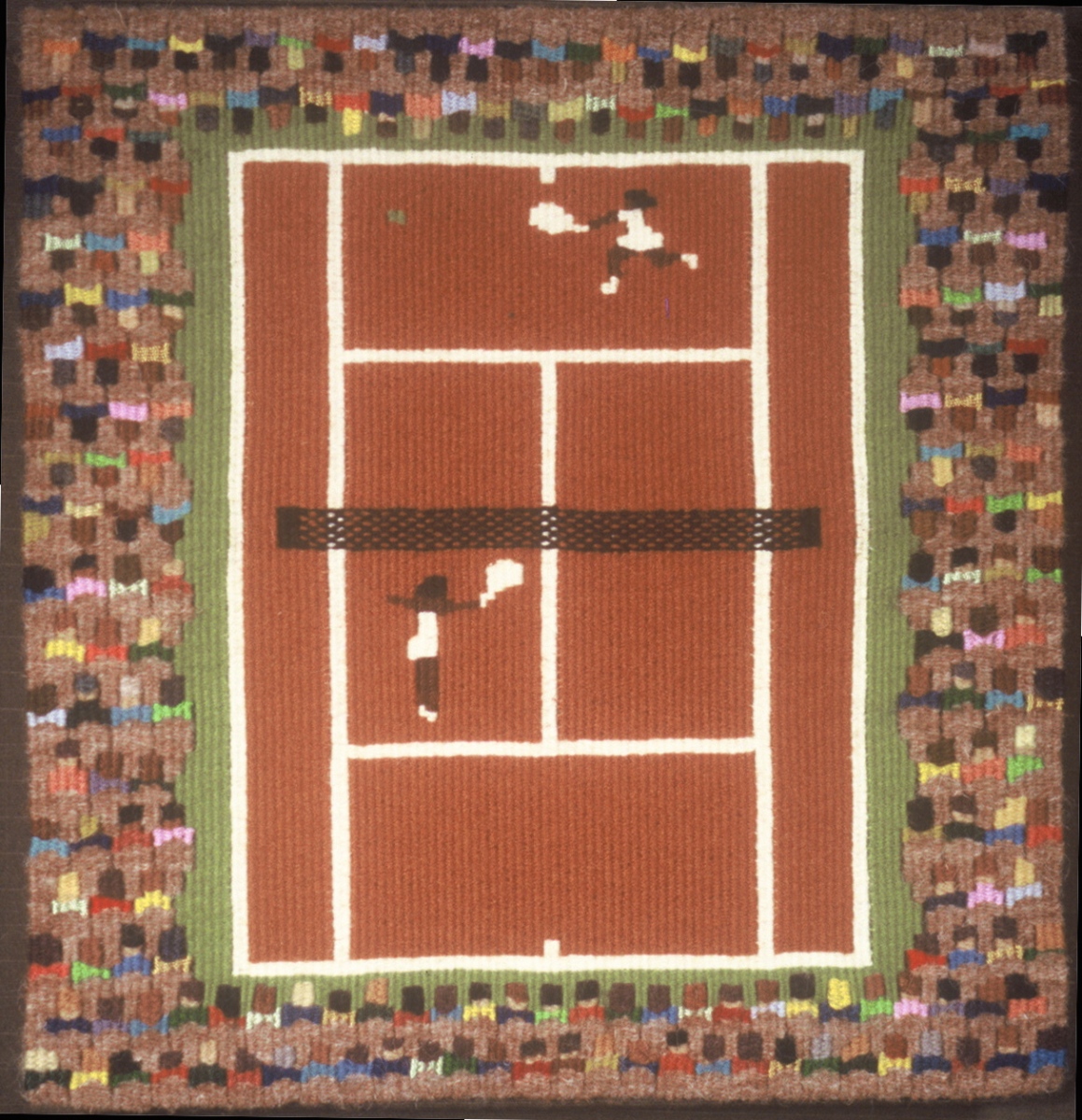