Weaving without a cartoon

For several centuries tapestry has been considered a reproductive decorative art form (more like print making), translated from an image created in a different media and produced in editions of as many as seven duplicates. After many years of training and studio work, I ventured into experiments working without a cartoon in an effort to come to a clearer understanding of the mark making particular to the medium of tapestry. I began with a small image in my memory of a couple I had observed earlier in the day on a basketball court. I had, at the time, been drawing from life models for many years and so was very familiar with human anatomy. The resulting, small tapestries, “Street Duo,” were only 10” x 3” each, but they started me on a journey in which I developed the ability to weave without a cartoon. Through this process my tapestries displayed an increased sensitivity to texture and pattern; the use, in most cases of pure, unmixed colors (weft blends being used sparingly for special effects); and a preference for defining shapes within the grid of weaving. These are some of the aspects of mark making that are inherent to the tapestry process and are illustrated in the tapestry below.

As time went on, and because I was working in this free manner, my tapestries became very narrative. Starting with just an idea, and letting the tapestry evolve as it was woven, a story would develop as I wove, each new section building upon what preceded it. This method of weaving became a way of thinking and problem solving based in not only the development of the image, but of the idea, or narrative, as well. My tapestries tell a story, much like the great Medieval mural tapestries produced in France in the early centuries of this art form.

Working in a vertical format from bottom to top (rather than side to side) and weaving from the front (after so many years of weaving from the back in the traditional manner) my first narrative journey was “Road to Haleakala.” It is a depiction of a road in Hawaii where we were living, so familiar and frequently traveled. I wove it completely from memory while working in Canada, approaching each section of the weaving as if I were seeing it section by section while traveling up the road. This tapestry was an important step in transitioning to weaving without a cartoon. Since that time, I have rarely used cartoons.

This search to give tapestry back its own personal identity has led to other experimentation with multi-selvedge weaving, shaped dimensional forms and unusual presentations in more complex, non-traditional methods. The search continues and my work continues to grow and change.

Click on images to enlarge the slideshow and see the captions. 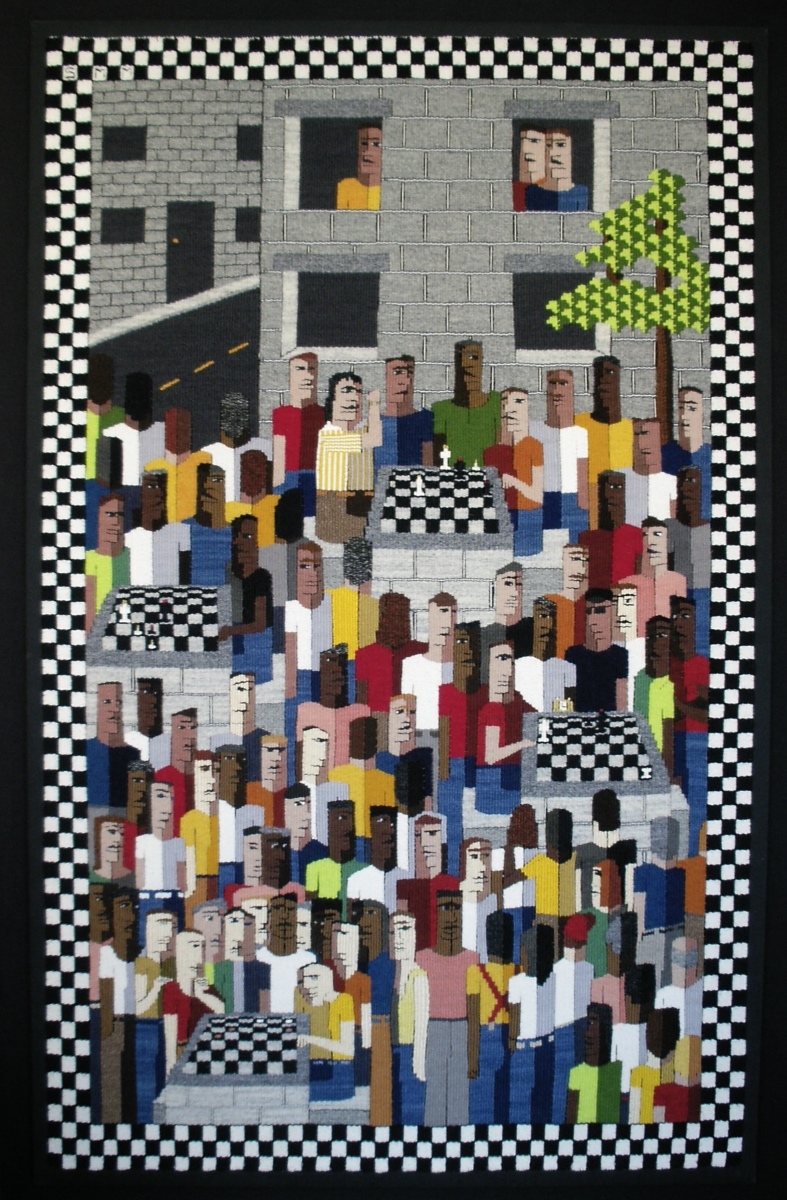 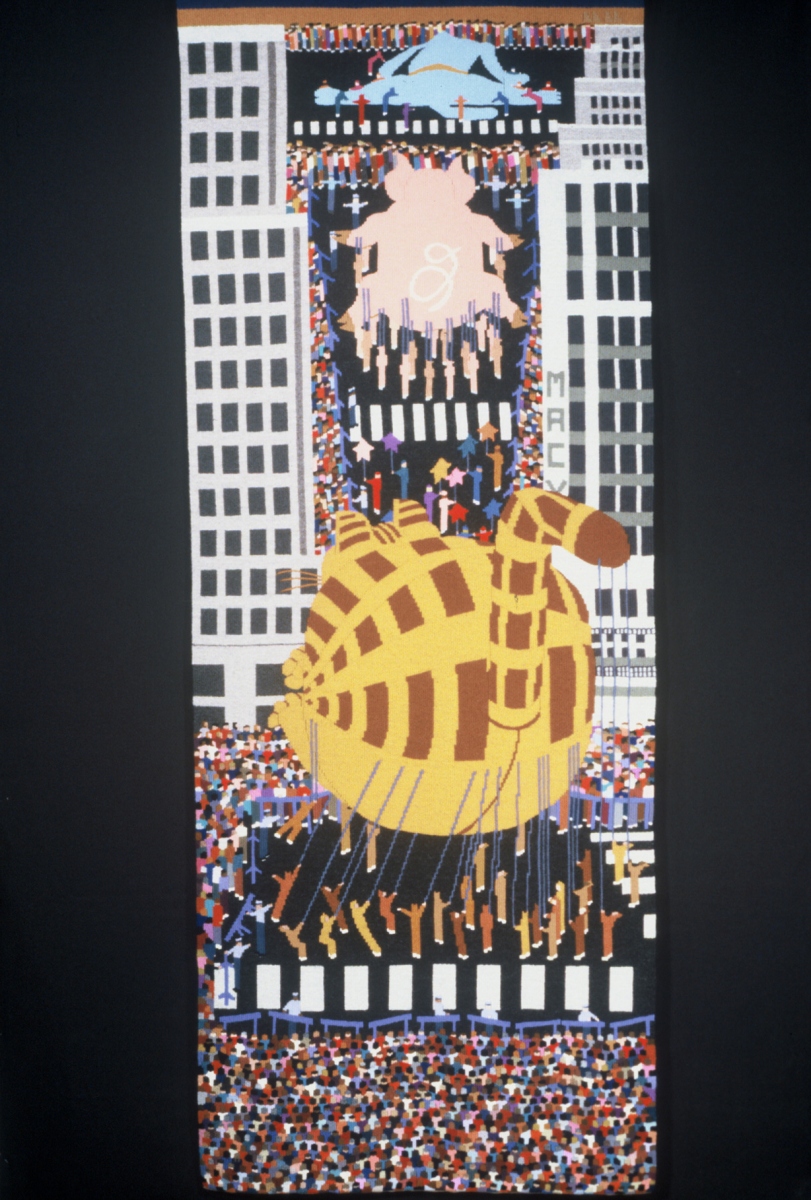 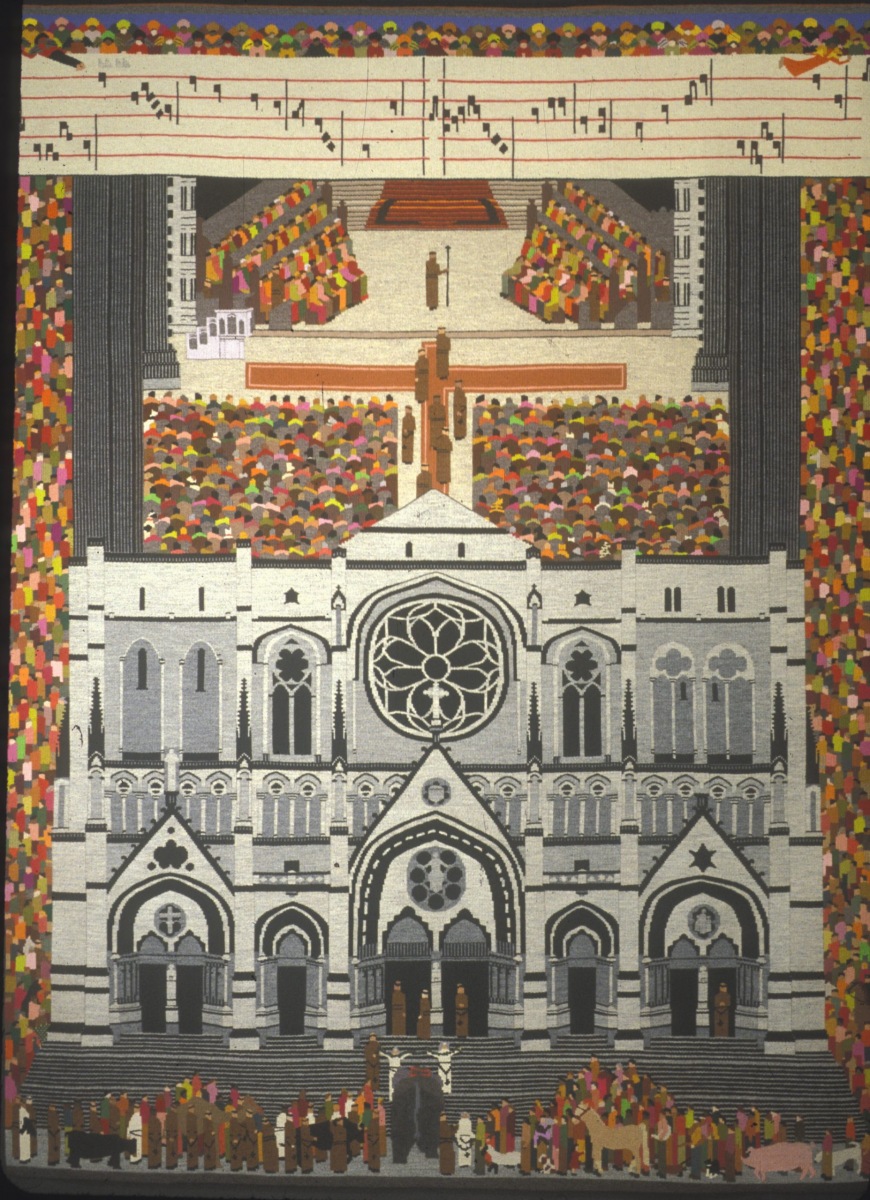 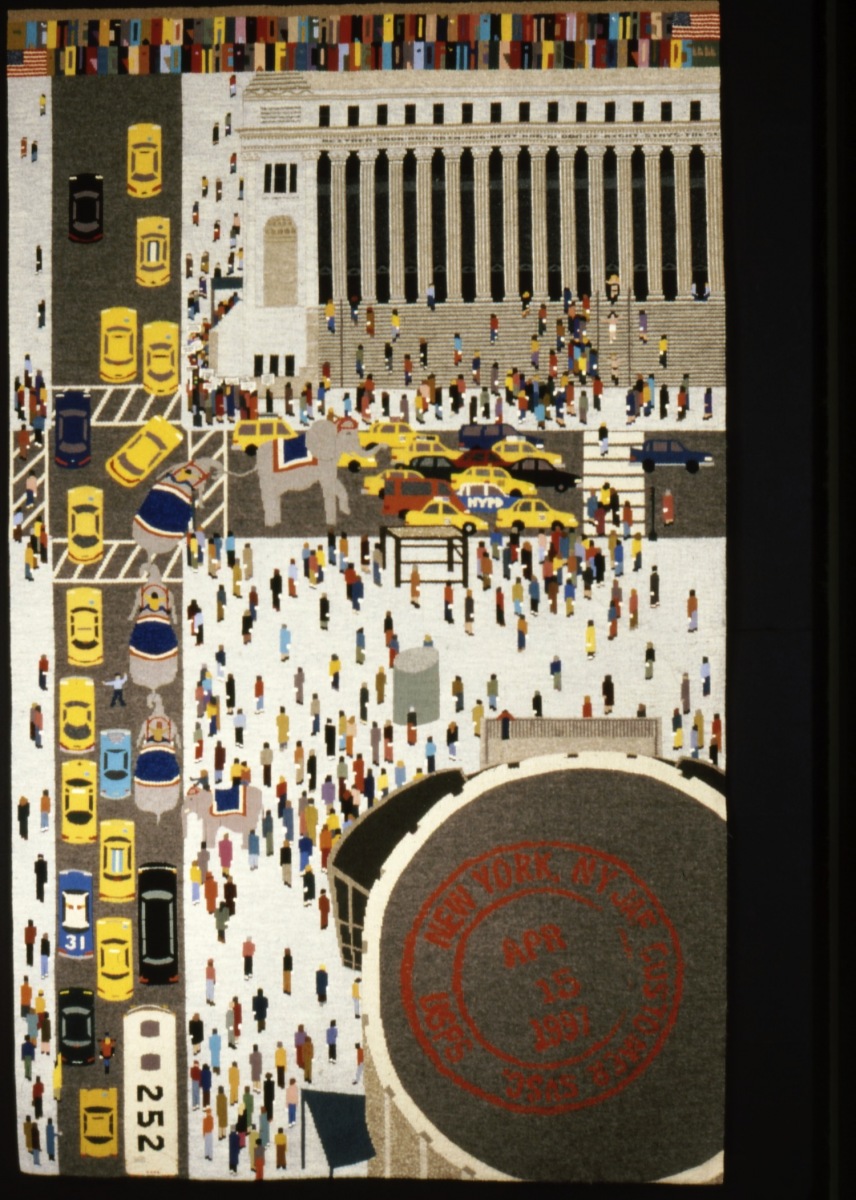 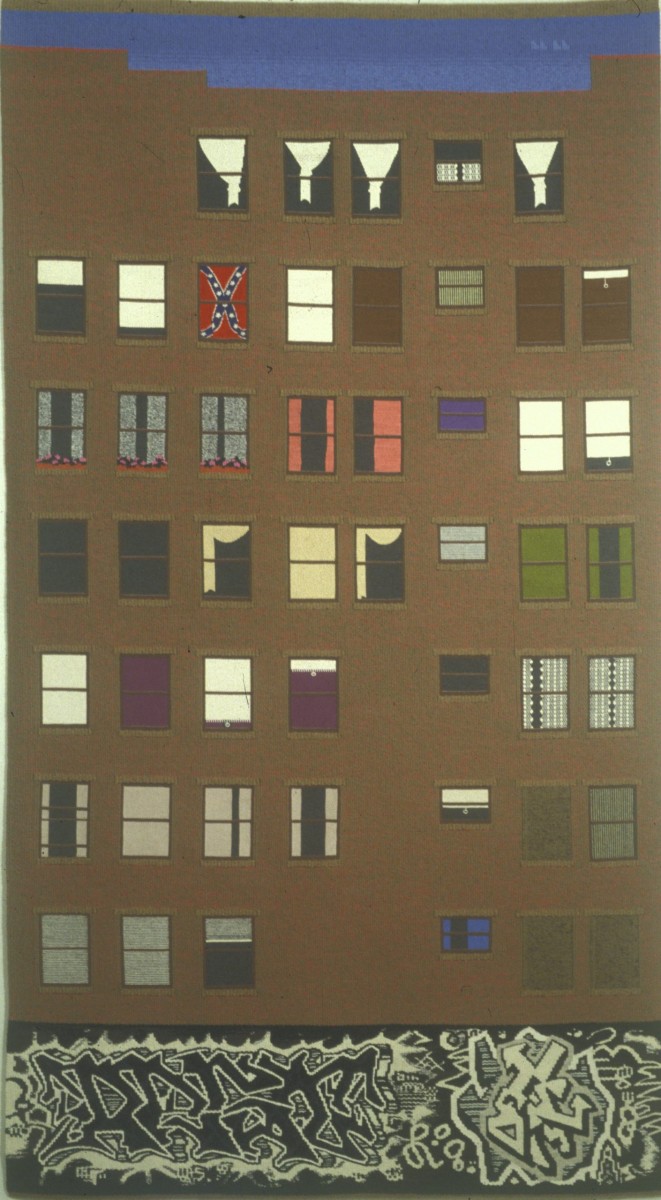 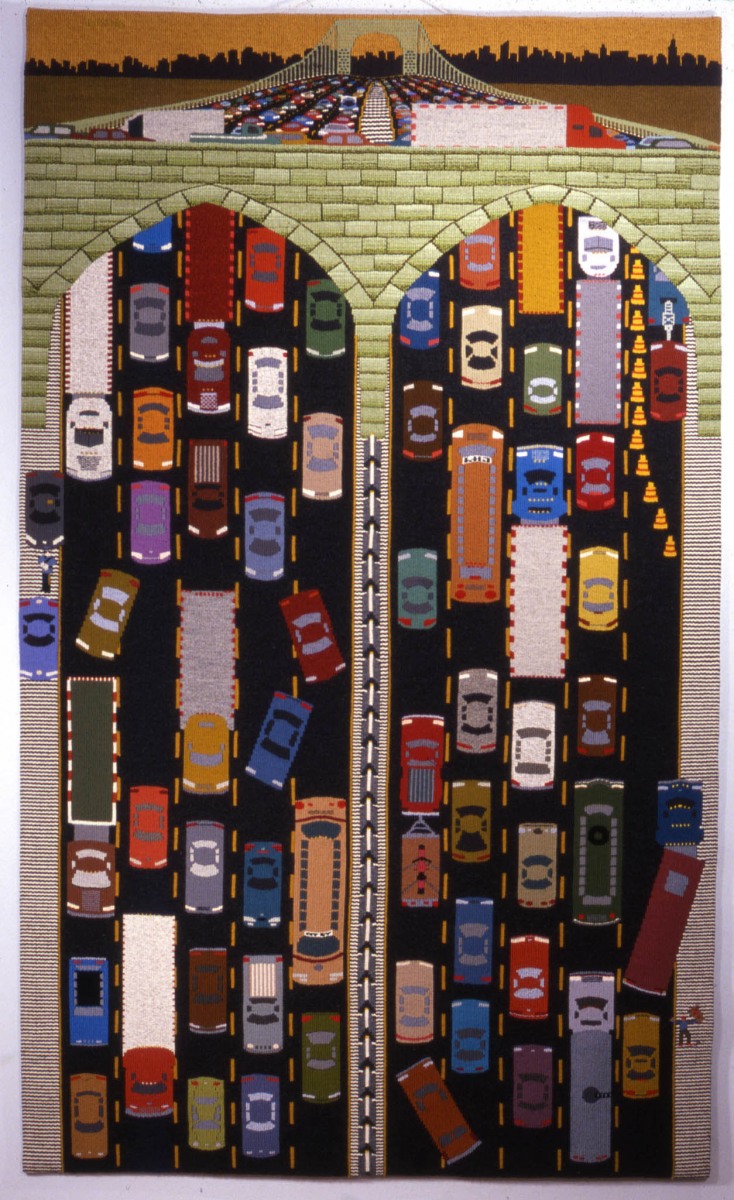 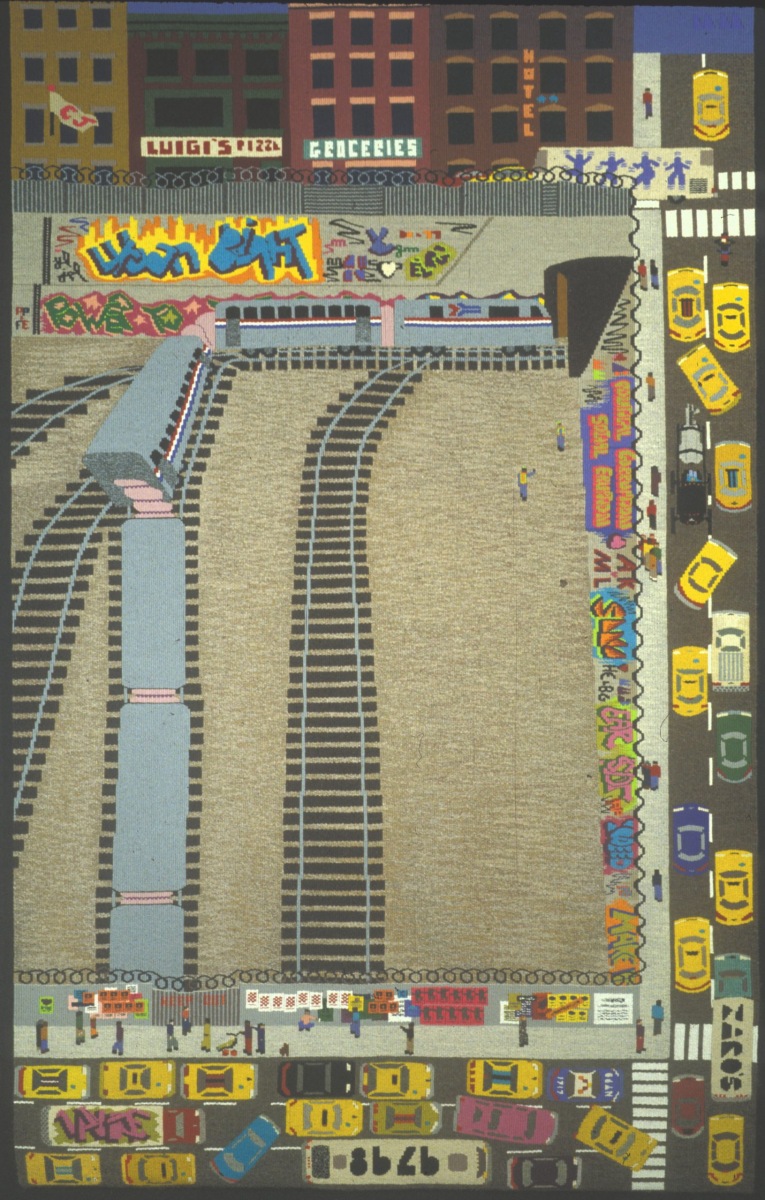 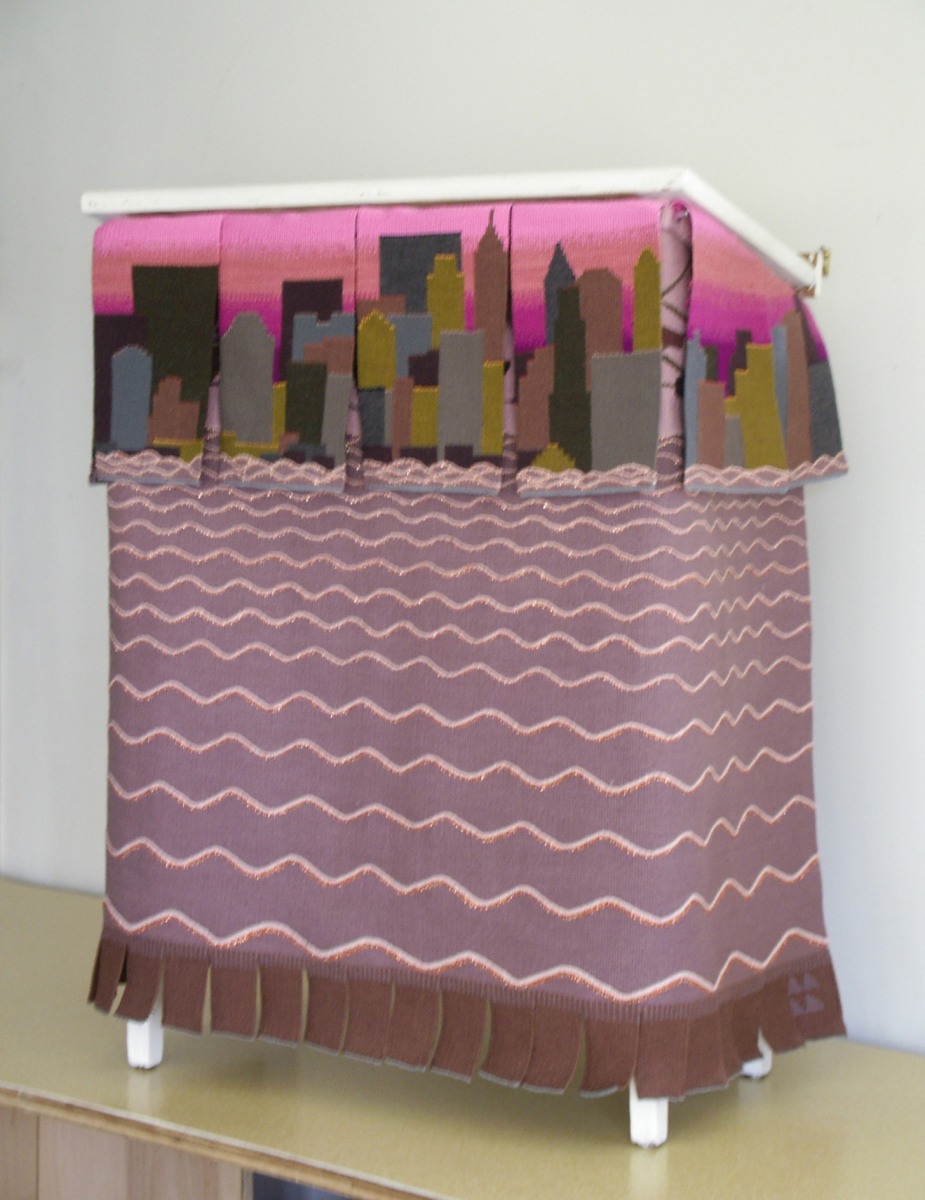